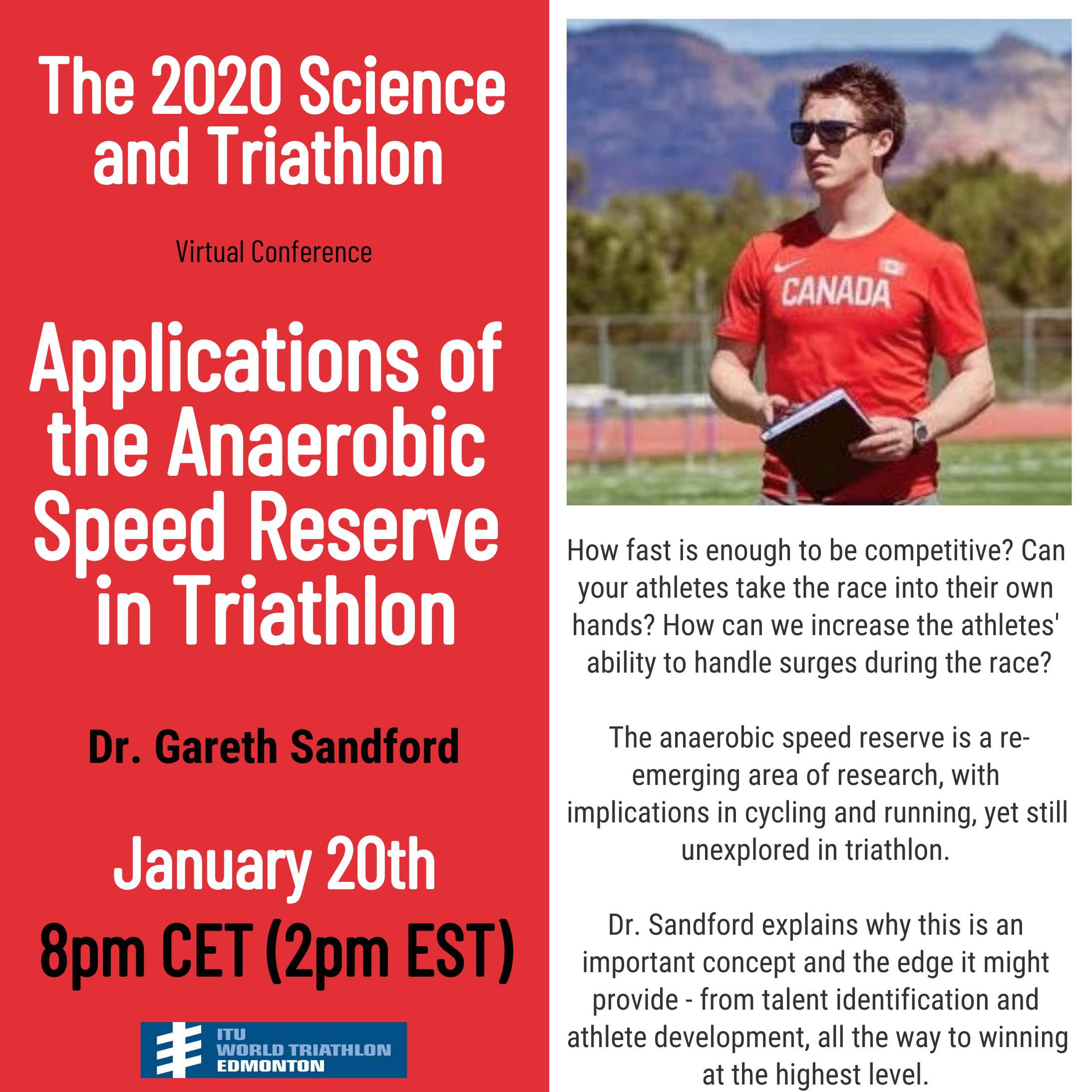 We are excited to start the new year with another fantastic seminar, the fourth in our 2020 Science and Triathlon Conference! This month, Dr. Gareth Sandford will be presenting his work on the anaerobic speed reserve and why this is another important aspect to consider in developing the next generation of triathletes!

With shorter and faster races becoming more prevalent, and given the number of surges that athletes must perform during the competition, ensuring that the athletes can sustain the changes in intensity is essential to a successful race. Dr. Sandford explains why the anaerobic speed reserve might play a fundamental role in this process.

Applications of the Anaerobic Speed Reserve in Triathlon

Dr. Gareth Sandford is a post-doctoral research fellow at the University of British Columbia based in Victoria, BC in collaboration with the Performance Innovation and Physiology teams at Canadian Sport Institute Pacific & Athletics Canada. Gareth has been in his current role since January 2019 and joins Team Canada for the Tokyo 2021 Olympic cycle having completed his Ph.D. on the 'Applications of the anaerobic speed reserve to elite 800m running,' a collaboration between Athletics New Zealand, High-Performance Sport New Zealand and AUT University. A role which included leading the endurance physiology support for Athletics New Zealand into the Rio 2016 Olympics and London 2017 World Championships, as well as conducting a 6 ½ months International collaboration traveling 68,000km between 33 high-performance track and field centers with Professional, Collegiate, and Federation coaches and athletes.

Gareth’s background in triathlon involves work with GB U21 development and Paratriathlon squads at Loughborough University in 2013, alongside more recently consulting with national coaches and practitioners in both New Zealand and Canadian national federations.